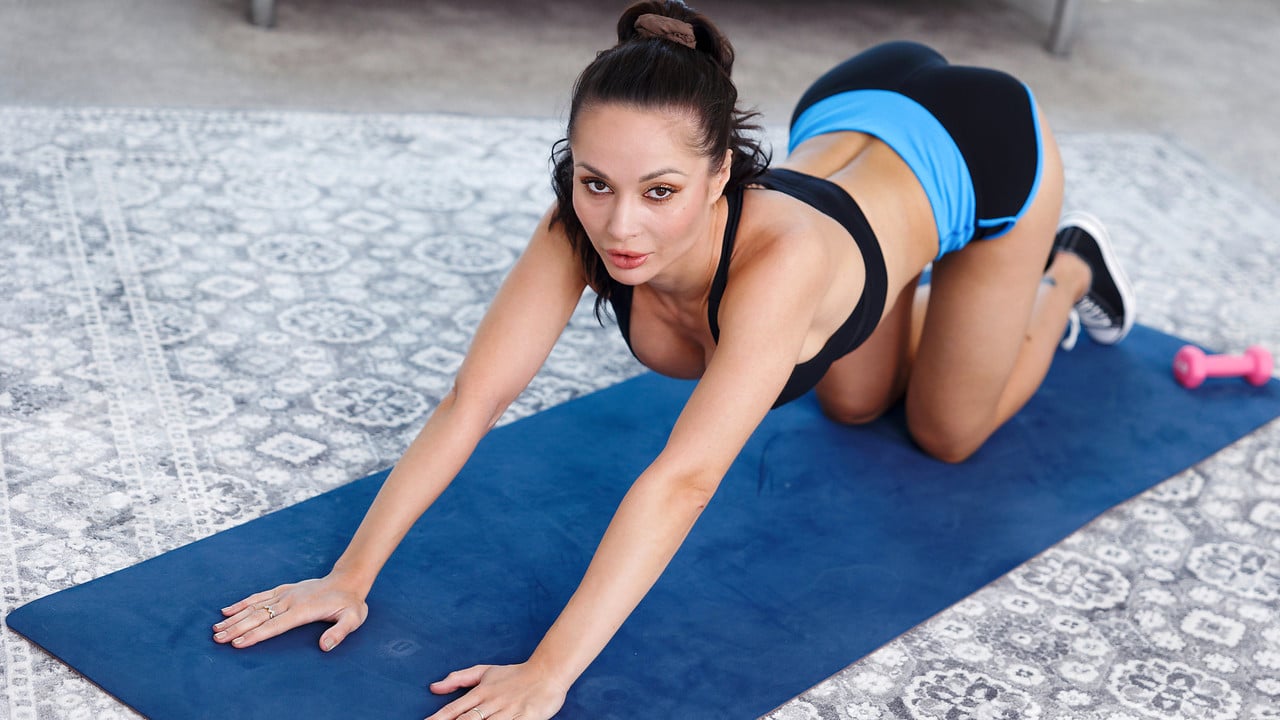 Jason tries to stop his stepmom from coming on to him, but she confesses that her husband no longer fucks her and she has needs. She gets Jason to pop his erection out, then railroads him into letting her crawl over and touch it. Once Crystal's hands are on that hard dick, she's not about to let go without getting some satisfaction. Opening wide, she slurps the tip into her mouth in a prelude of things to come. Jason has just enough time to take a seat before Crystal really goes to work on him, deep throating his cock and delivering a titty fuck between her magnificent breasts.