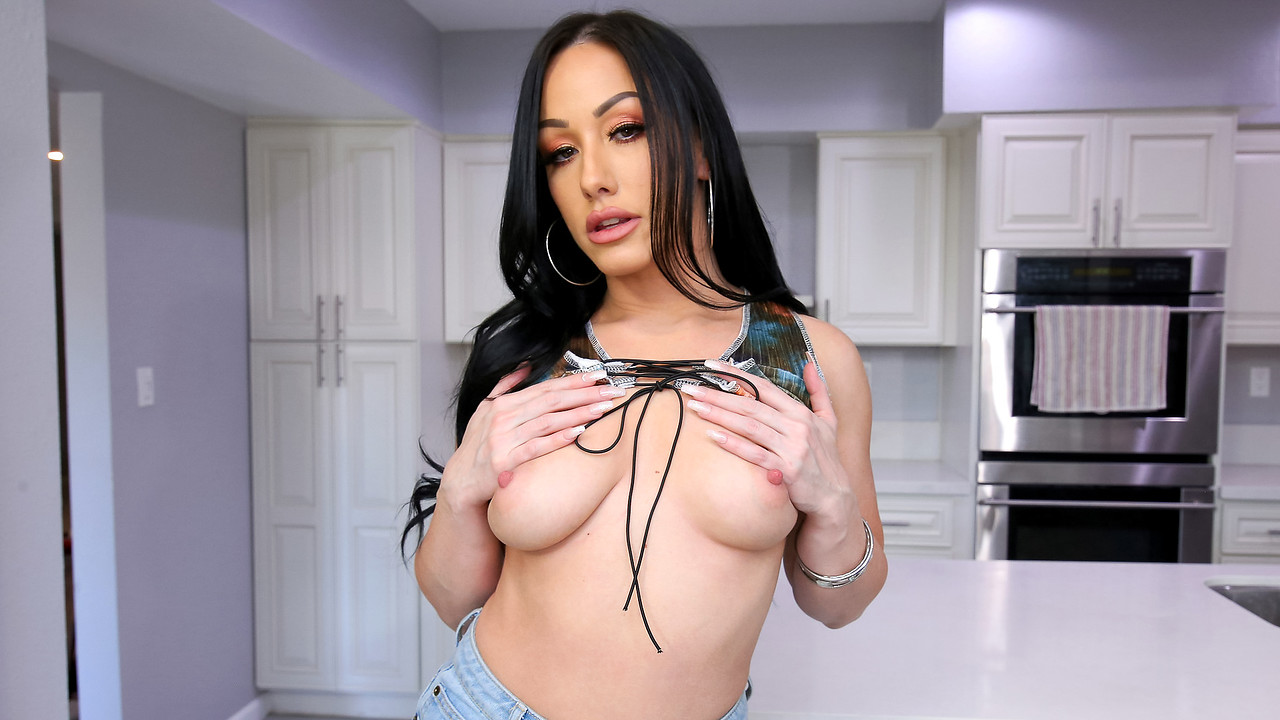 When Tony finally gives in to Jennifer's coaxing and sticks two fingers into her pussy to try his hand at the real thing for a pelvic exam, she can't help but be turned on. Reaching up to rub her boobs and fondle her tits, she keeps guiding Tony deeper. When Tony tries to tell his stepmom that he thinks they should stop, she tells him that if he quits, she'll tell his stepdad that he was spying on her. Tony finds himself in a position where he just can't say no to Jennifer's advances. Smug in the knowledge that she has her stepson right where she wants him, Jennifer leads Tony to the bedroom where she gets Tony to keep on feeling up her lovely ass and pussy. Turning around, she gets on her knees and takes Tony's hardon into her hands and mouth so she can begin to satisfy the fantasies she's had ever since she realized that her big dick stepson was lusting over her.