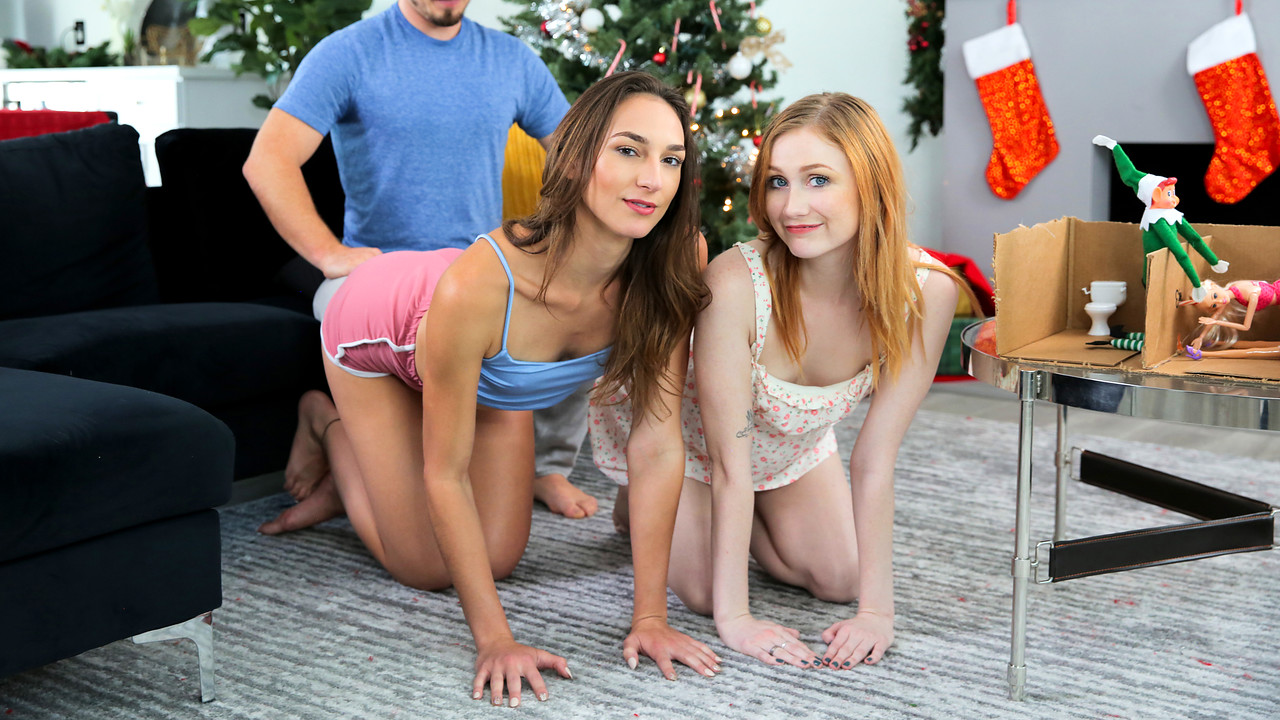 Stepbro of course goes to the living room to see what's going on. He lets Scarlet comfort him by rubbing his back and listens as Scarlet tells Andi that what she did was really mean. Instead of apologizing or showing any remorse at all, Andi suggests that maybe Scarlet should just fuck Bobby since she's so into him. Scarlet confesses that if Robby wasn't her stepbrother, she'd probably date him. When he turns around to ask what Scarlet means, she rubs her hand up and down his dick and tells him that he deserves a release after what her friend did. Pulling Robby's fuck stick out, Scarlet leans forward and starts sucking. At first Andi is dismissive, but eventually it becomes clear that she's super turned on by what she's seeing. A forgiving sort, Scarlet invites Andi to join in since she's really the one who should be delivering the apology. After a few uncertain licks, Andi realizes she's having fuck sucking cock with her friend.