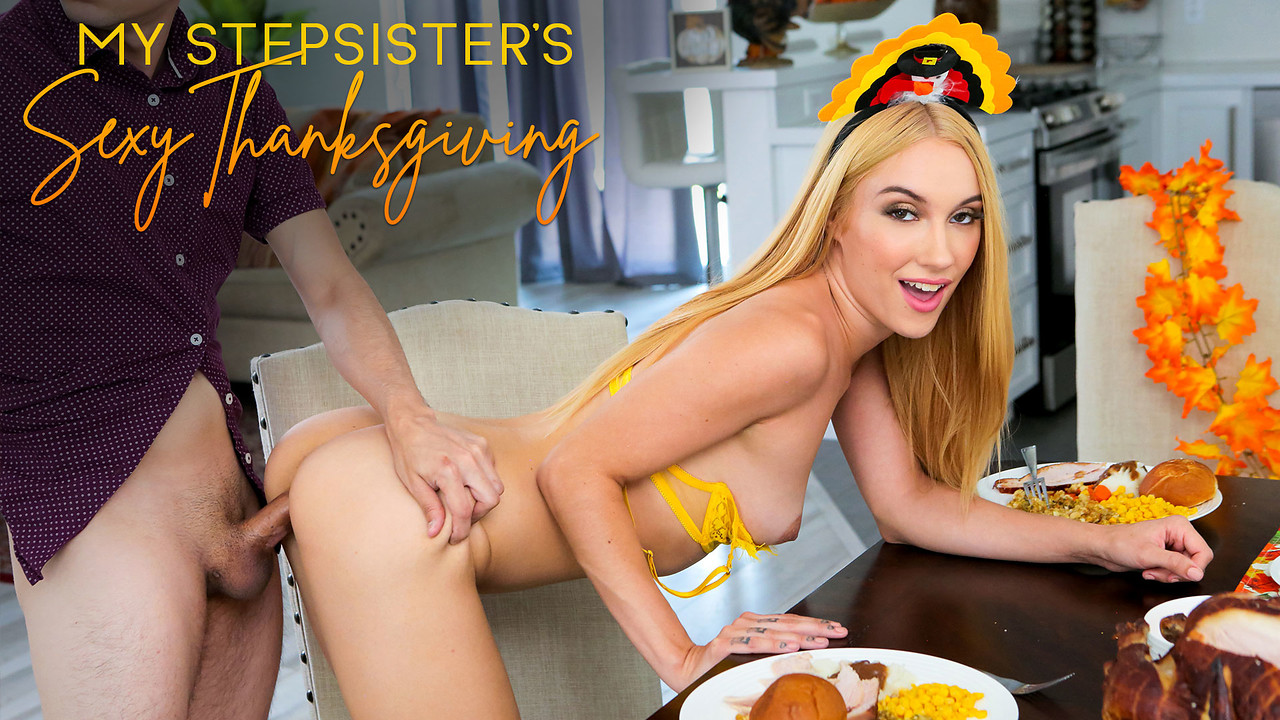 Ryan finishes up her meal and then excuses herself so she can go check out all the Black Friday deals. That's all Jazmin needs to go totally wild with her stepbrother. Ricky continues to try to ignore Jazmin as she pops his hardon out again and crawls under the table to get the best angle for a BJ. It's pretty hard to ignore his mostly naked stepsis who has his dick in her mouth, though! By the time Jazmin moves on to climbing into his lap and sinking down onto his hardon, Ricky is committed to enjoying this phase of Jazmin's. He gets Jazmin's sheer bra down so he can enjoy the view of her tits as she shoves them into his face as she keeps on rocking her hips for both of their pleasure.