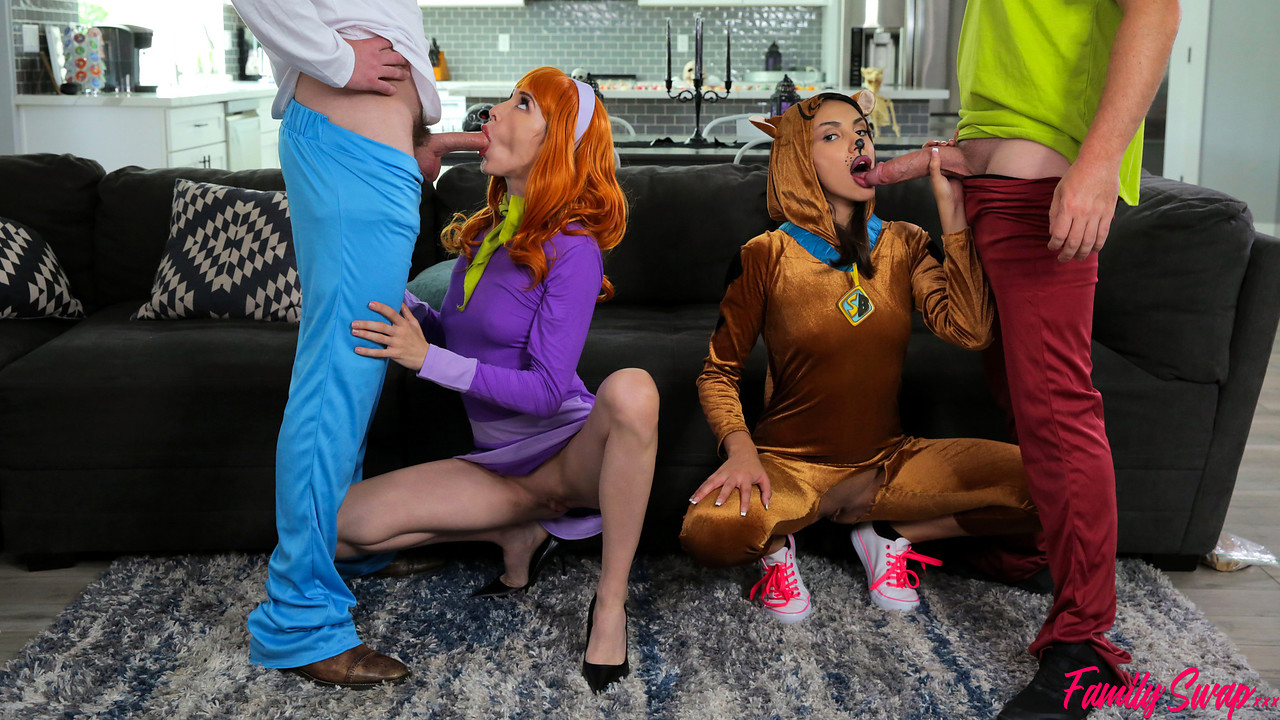 What would happen if four families each contributed one member to create a new family? In this episode of Family Swap, Aiden wants to know whose dick is bigger: Her swap brother, or her swap dad. She gets the party started during a family meal by talking about wanting big juicy sausages for dinner. Everyone, including her swap mom, Hime Marie, knows what Aiden is doing. Hime Marie shuts it down, but Aiden isn't dissuaded. She waits until Brock and Codey are sitting on the couch together and then plops herself between them. After scolding the boys that Hime Marie is totally doing their laundry, Aiden tells them they should strip down and do their own. She also throws in that she wants to measure to see which of their dicks is bigger, both soft and hard. Brock attempts to tell Aiden no, but Aiden just tugs her shirt up and takes one hand from each guy to put it on her boob. What's a hotblooded man supposed to do but enjoy that?