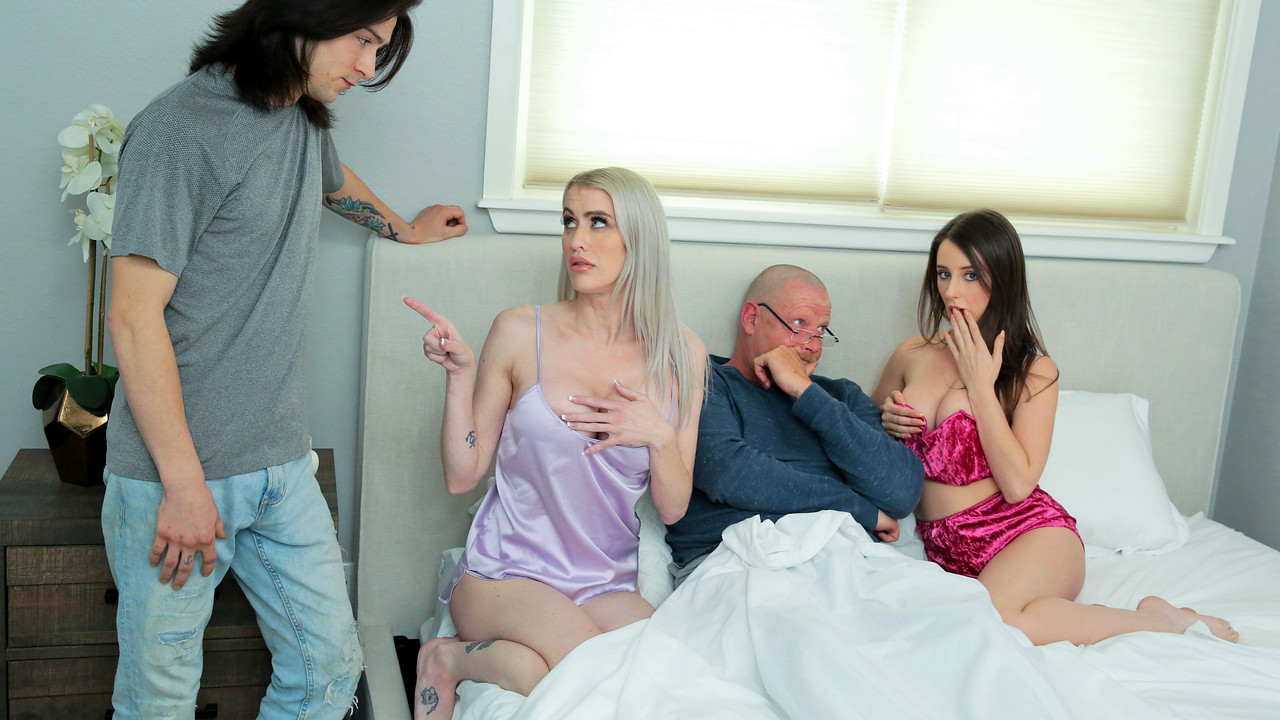 Charles claims he's going to get some water and Charly follows him to the kitchen. As soon as her swap daughter and swap hubby are out of the room, Katie shoves Juan back and pulls out his hardon to take care of him, as promised. Encouraging Juan to feel up her titties, Katie starts sucking him off. Meanwhile, in the kitchen, Charly takes the opportunity to work on seducing her swap dad. She confesses that she has daddy issues, and while Charles says no with his mouth he says yes with his body. Before that can progress any further, Katie knocks over a lamp in her excitement. The swap family reconvenes in the living room, where the accusations start to fly. When Charles discovers what Katie and Juan were up to, he claims he'll show them what was going on in the kitchen. Dropping his pants, he whips out his hardon so Charly can start sucking him off as Katie resumes her BJ.