FamilySwap – Scarlett Hampton – Summer Hart – Why Are Both Of You Naked 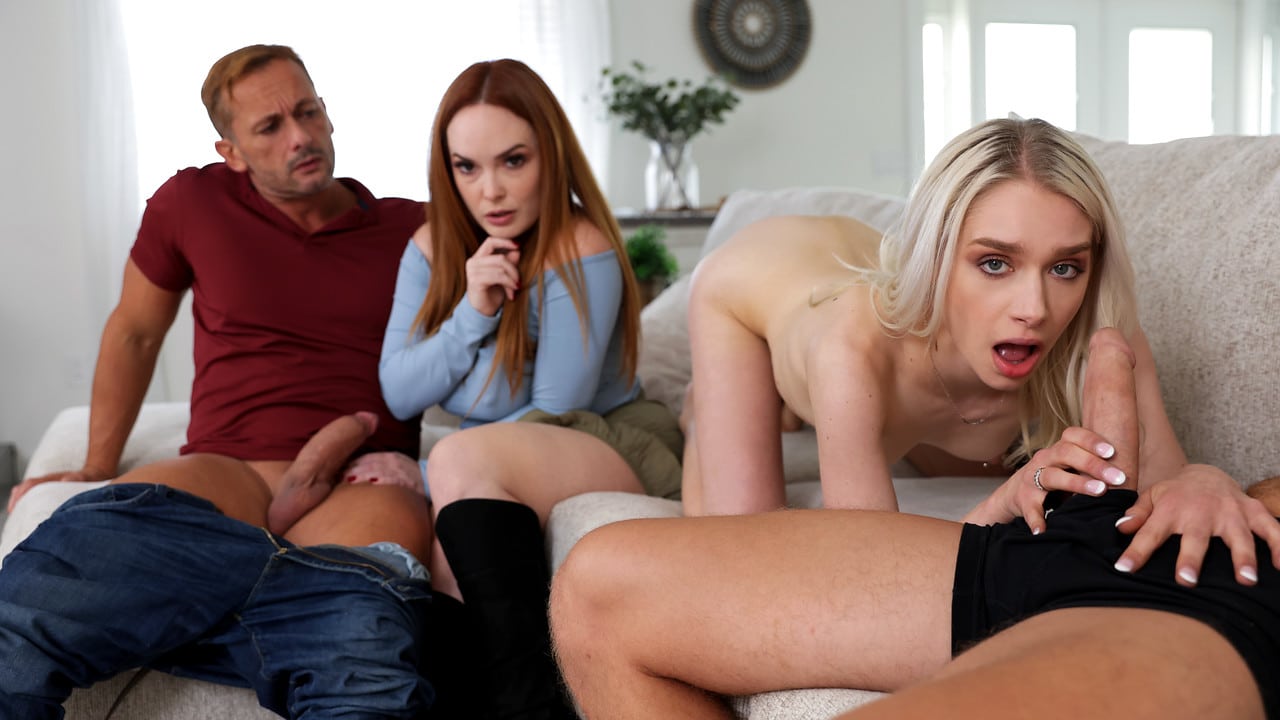 Will feels badly for his swap daughter, so he goes out to buy Braylin some lingerie of her own. Calling her in, he gives it to her and then turns his back as Braylin changes into it right then and there. Of course Will peeks, which is just what Braylin is hoping he'll do. When she's ready, she waits for Will to tell her she's pretty. Before anything else can happen, Ricky Spanish, Braylin's swap brother, wanders in, declares that this is where the party's at, drops his pants, and climbs into bed. Braylin is game to fuck, so she joins Ricky and begins sucking his dick. Will is standing there, embarrassed, when Jenna walks in on them. Will says he thinks the swap kids are going to fuck, and Jenna decides to watch. She finds it pretty hot since she's never seen someone fuck in front of her before.