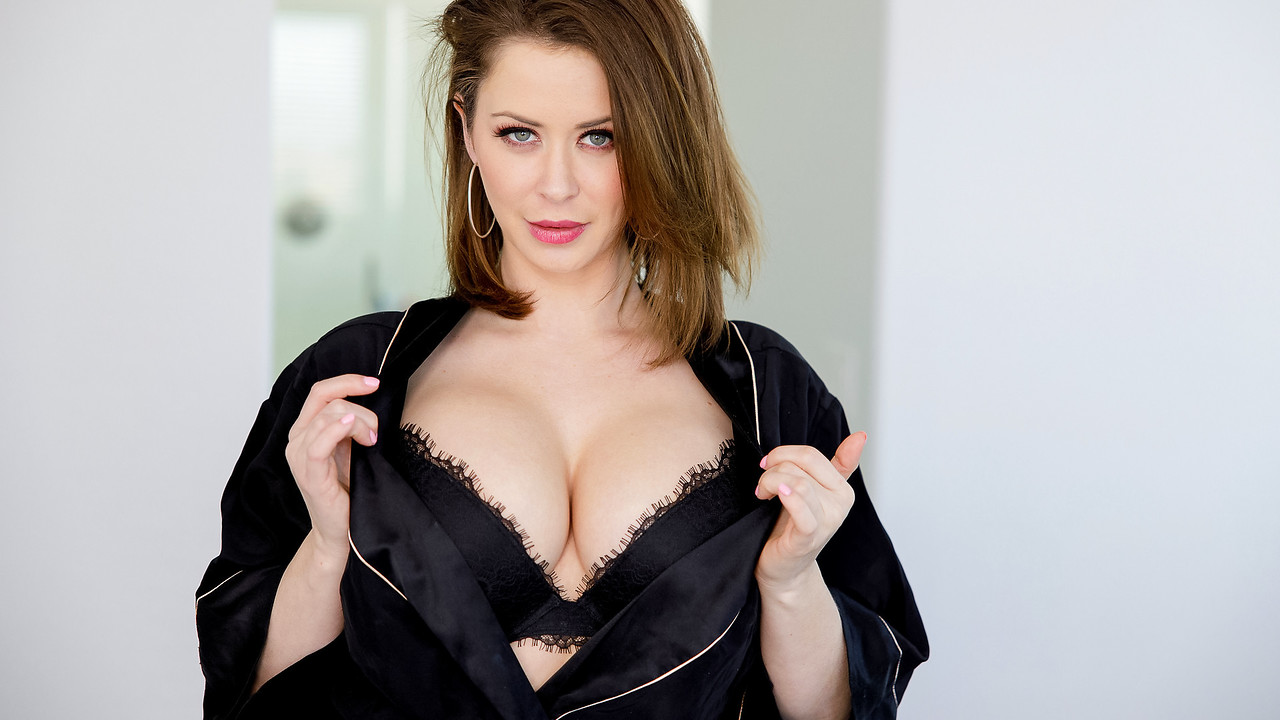 Jason sends Emily away, but not before taking a pot shot at her for wearing something so revealing. Instead of getting ready, Jason whips out his cock and starts stroking it. Emily comes back to check in on him, and Jason puts out there that he only has gym first period and they can have some sexy fun. Emily tries to say that they can't keep fucking because Jason's dad is going to find out, but Jason isn't taking no for an answer and Emily isn't that serious about declining his invitation.
It doesn't take much coaxing on Jason's part to get his sexy stepmommy to pop her big titties out for him to jack off to. Of course, a peek at the busty goods is never enough for either Jason or Emily. Crawling across the bed, she fists Jason's hardon and starts stroking as she leans forward to suck the tip. She goes on to deliver one hell of a BJ, complete with plenty of ball sucking. As soon as the cock hungry milf is finished with her appetizer, she shimmies out of her undies and climbs aboard for a stiffie ride that gets her big jugs jiggling.