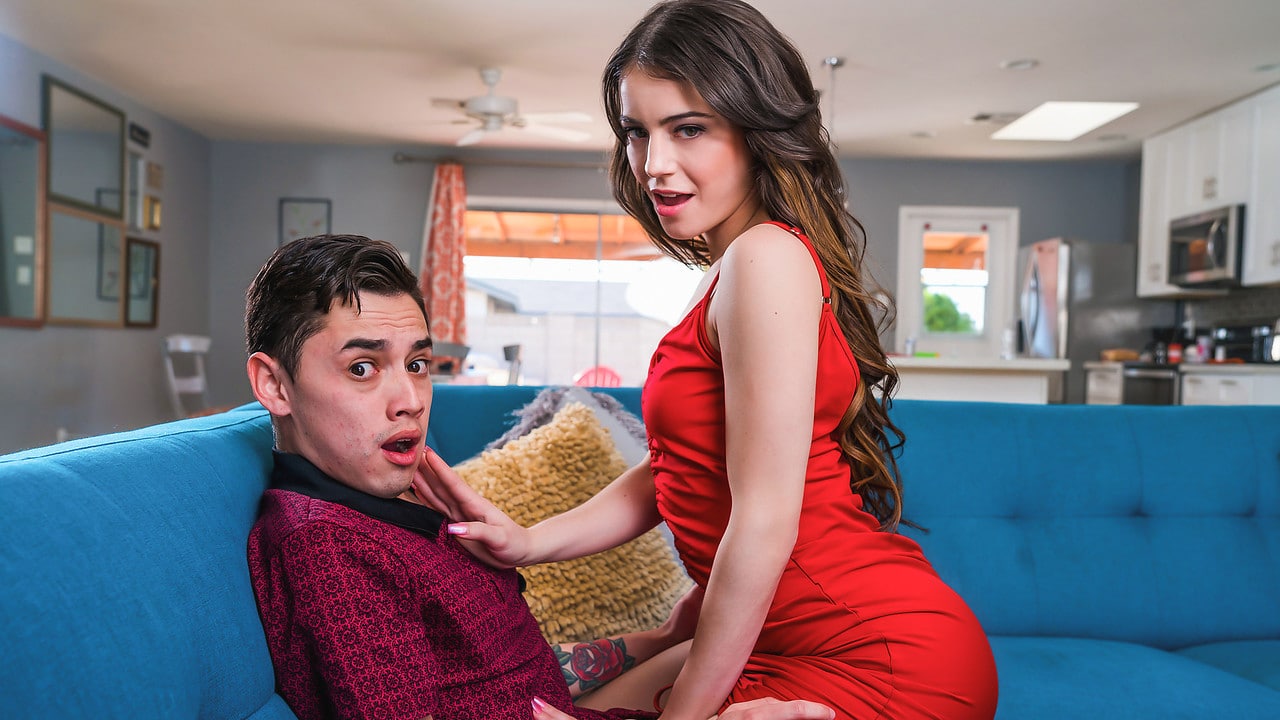 Kylie returns to the living room, Juan tries to tell her that's not something a mom would wear. Kylie tells Juan that he looks thirsty, so she gets him some water and then tells him about her make believe day. Then she tells Juan that they do have a few hours to kill and leads him to the bedroom where she gets under the covers with him. Juan is confused about whether they're still playing as Kylie puts his hand on her breasts and makes it clear she can feel his hardon. Instead of answering, Kylie slides beneath the covers and goes for the dick. Sucking like her life depends on it, she deep throats Juan's stiffie and sucks his balls until he can't wait another moment to fuck the shit out of his stepsister.