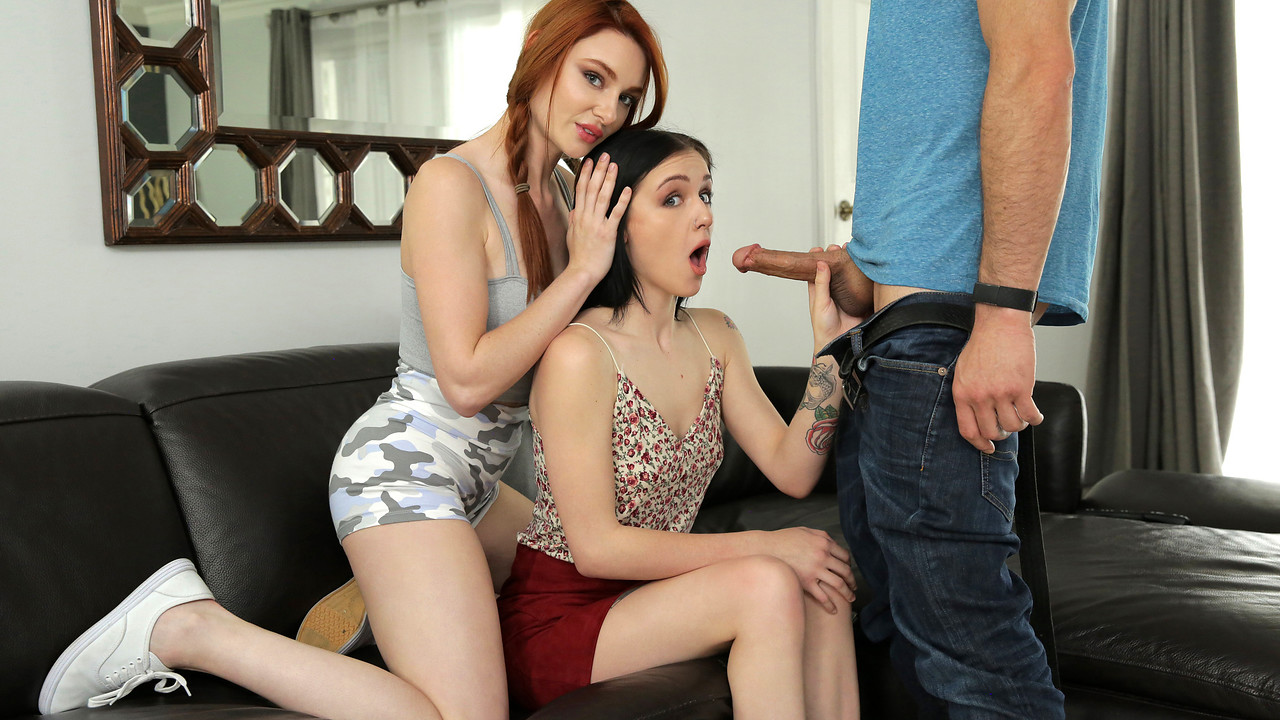 After a few minutes, the girls finally arrived behind him. And he had to admit that they both cared. Rosalyn came to the bedroom first with the seductive movement of her hips. She exchanged her blue underwear for white, lace underwear. The two cups of the bra hid firm, small breasts, leaving little room for Derek's imagination. Her breasts were beautifully pressed against her sweet and supple body, giving the impression that they were larger than they really were. She almost touched each other. Her ass was hidden in lace panties and she enriched her graceful legs with equally cut garters. There was a divine look on her. Derek, who lay naked in his bed, rolled her eyes over her body. His cock had already tasted her kiss. Now it was the turn of the other holes.