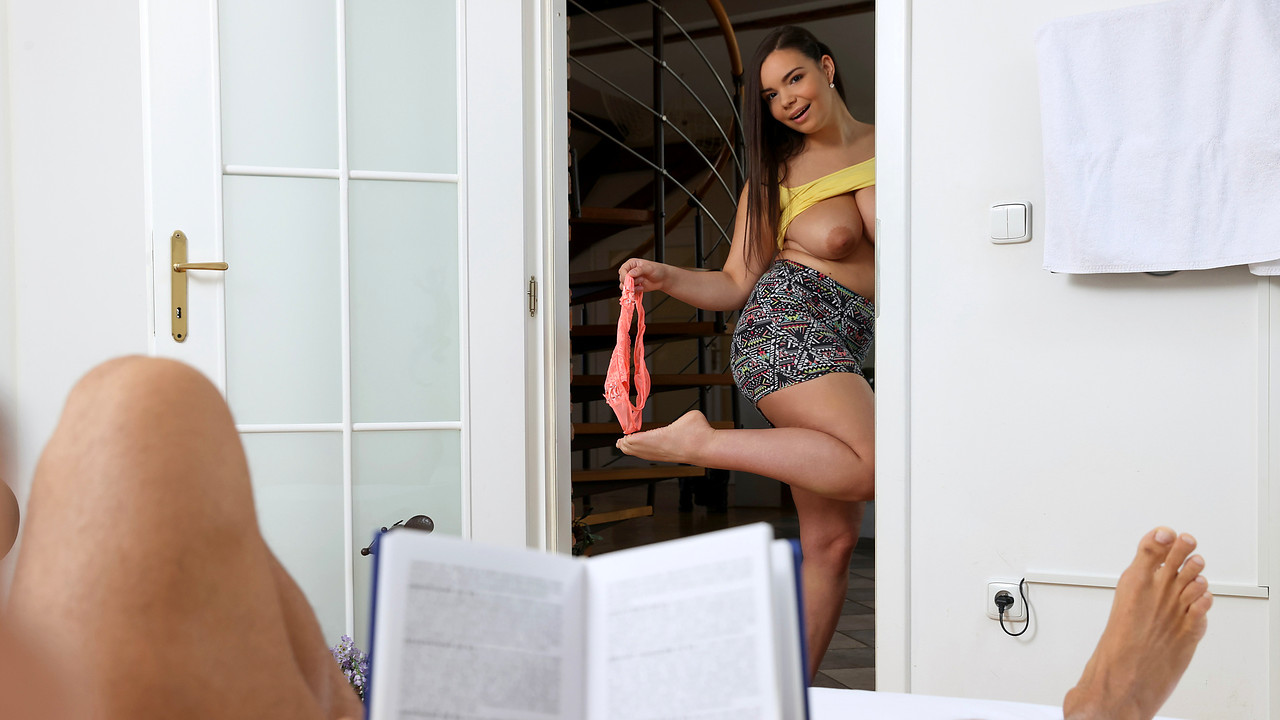 Seductive lips accentuated with red lipstick curled up at him from the door. Her huge and breathtaking breasts swayed in her black bra, and her buttocks twisted according to the movements of her long legs in thongs of the same color. She wasn't wearing anything else. Her hands found the piece of cloth that held Sofia's large breasts close to her body. In one motion, she released the pressure and the black bra fell on the bed. Derek gasped. Sophie's breasts were incredibly large, yet firm, and perfectly shaped. He didn't even have a good look at them, and he was already squirming at them. He stroked them first, gently. He ran over them like a big ball.