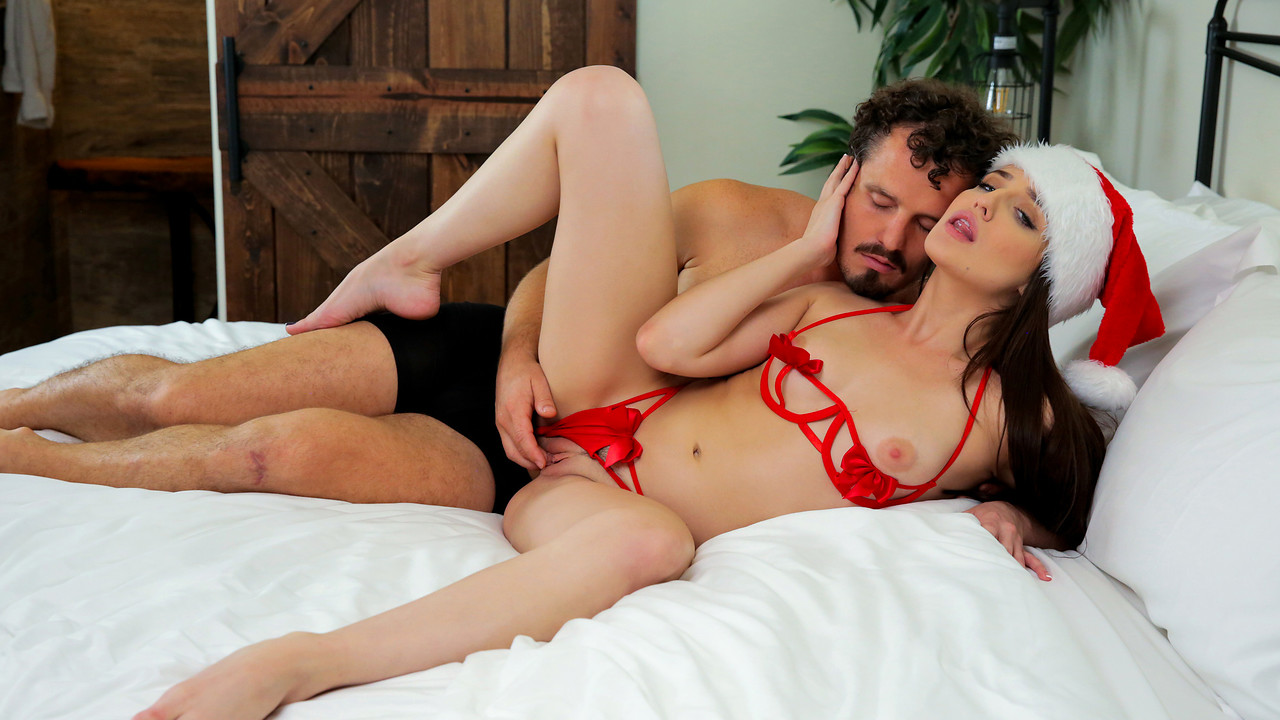 Unwrapping Aubree from her red Xmass lingerie, Robby gets to his feet and plunges into her greedy snatch. He takes it slow and steady as Aubree slips her hand between her legs to rub her own clit. Leaning forward for a kiss, he pushes himself that much deeper to both of their delight. Then he lifts Aubree's legs to change up the angle of penetration for the ultimate deep thrust. Curling up behind Aubree, Robby spoons with her as he reenters her hot fuck hole. Aubree is eager to get some on her side, but it's even better when she gets Robby to sit down so she can slide down on his cock. Her bald pussy stiffie ride is fast and furious, with her puffy titties quivering on every bounce.