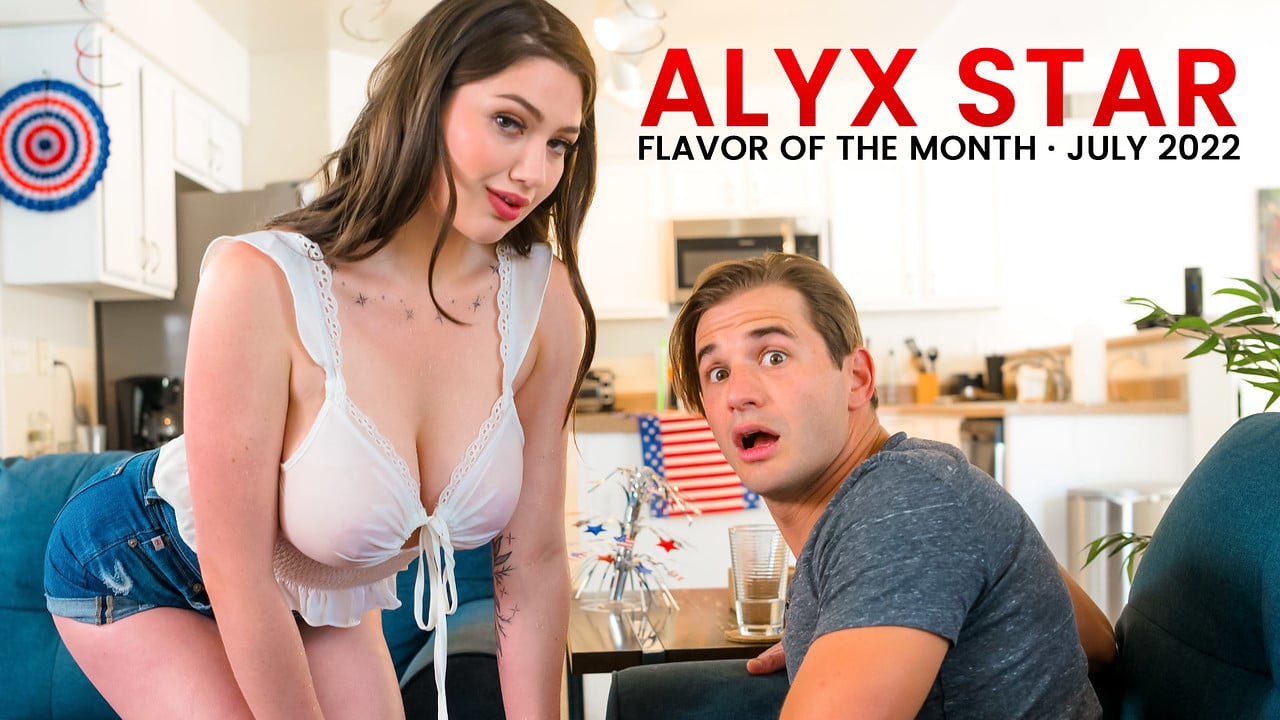 Nathan steps out of the shower wearing just a towel and carefully looks around. What he doesn't know is that his stepsister is decked out in a set of sexy red lingerie waiting for him. He turns the corner only to come face to boobs with his stepsis. Guiding a befuddled Nathan to the couch, Alyx tells him that she wants his cum on her tits later, but for now she wants it inside her. Nathan tries to play it off that she won't like his dick, but once she lays eyes on that man meat Alyx makes it clear that she likes it a whole lot. A second later, she is gobbling that hardon down in an enthusiastic blow job that includes plenty of ball play and a titty fuck.