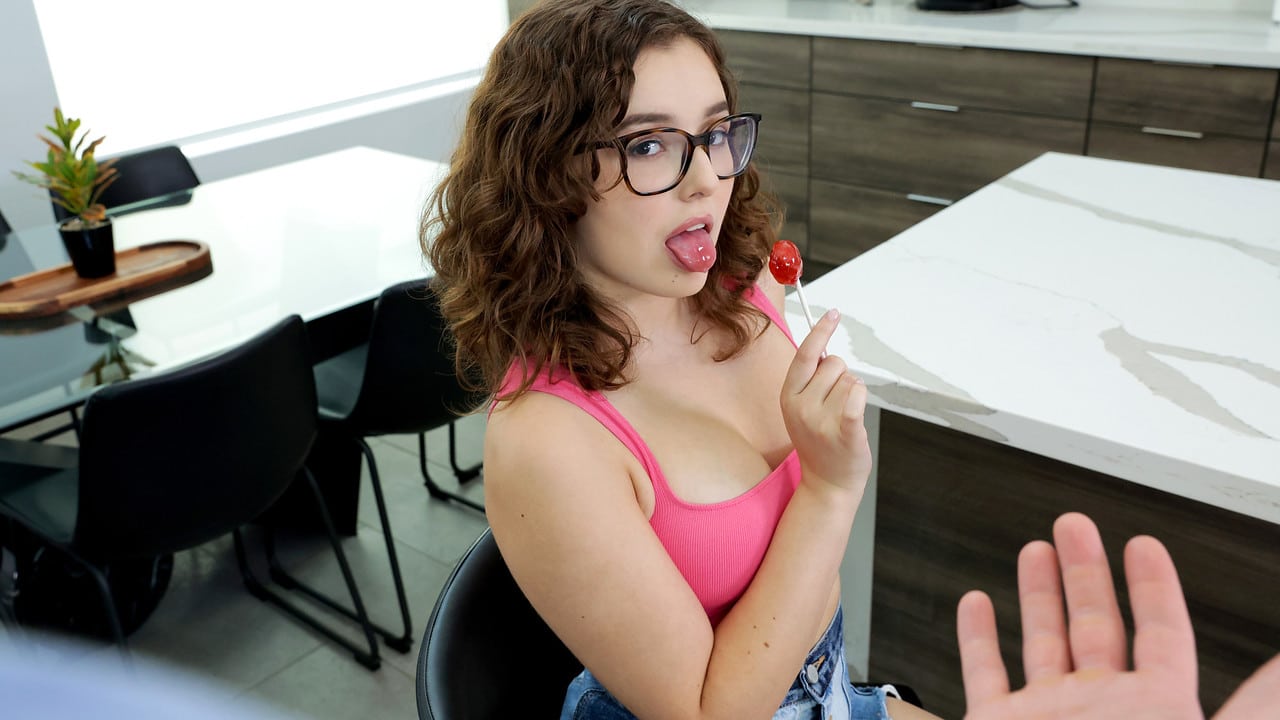 Leana Lovings snuck into stepbro's room and put on one of his t-shirts. Wearing the shirt and nothing else, Leana confronts Nathan to let him know that she knows he's been hanging out with guys who are known for going after slutty chicks. Leana tells Nathan that she can't stand the thought of him with another girl. A few days later, she approaches Nathan while he's in his bed doing homework. She wants to take a nap in his bed, and before he can protest she crawls in next to him. Faking sleep, she accidentally-on-purpose rolls over so that her hand lands on Nathan's dick.
Now that Leana has Nathan where she wants him, he doesn't get a chance to say now. She strokes his dick to hardness and then pops it out of his pants so she can suck him off. Leana's deep throat BJ leaves Nathan at a loss for words and confused enough that she has a chance to slip out of her panties and slide down on his dock. Her stiffie ride goes from cowgirl to reverse cowgirl as she convinces Nathan she has the right idea. Then Leana gets on her hands and knees so Nathan can bang her in doggy. On her back, Leana rubs her own clit and pinches her nips as Nathan gives it to her. He pulls out at the last minute, covering Leana's muff with the cum shot she's been craving.