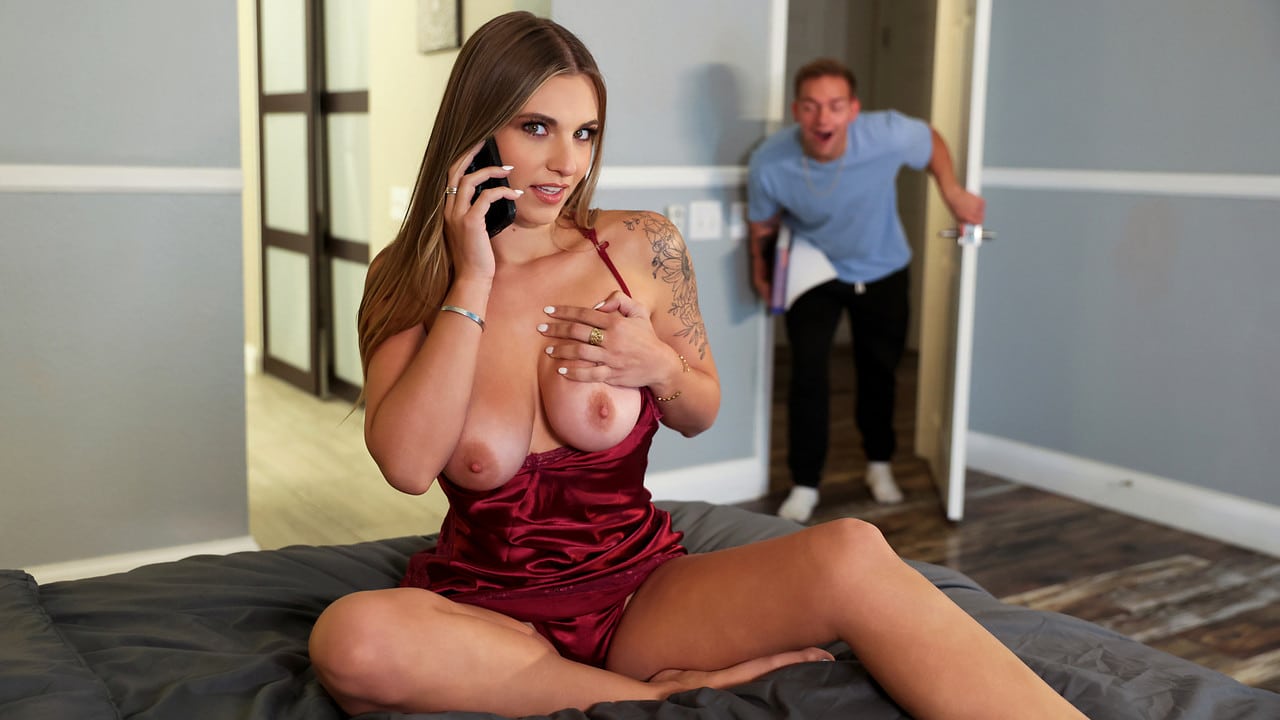 Kenzie Love is just so sick of her stepson and his obsession with sex. Today he has pulled out his chub to snap some pics to send. Kenzie catches him in the act, but refuses to believe that the photos on his phone are unedited. Kenzie has seen his dad's cock and she doesn't believe at all that her stepson could be so well endowed. She insists that she needs to see the real thing.
When Kenzie gets her wish to see the real deal, she's blown away. How could she not want to indulge herself? When Anthony offers to let Kenzie put her mouth on it and that he won't tell his dad, Kenzie wavers a bit. She has her stepson swear that he'll never ever tell, then goes for it. Sucking that big one down isn't enough for this cock craving housewife, though, so Kenzie goes ahead and takes even more.