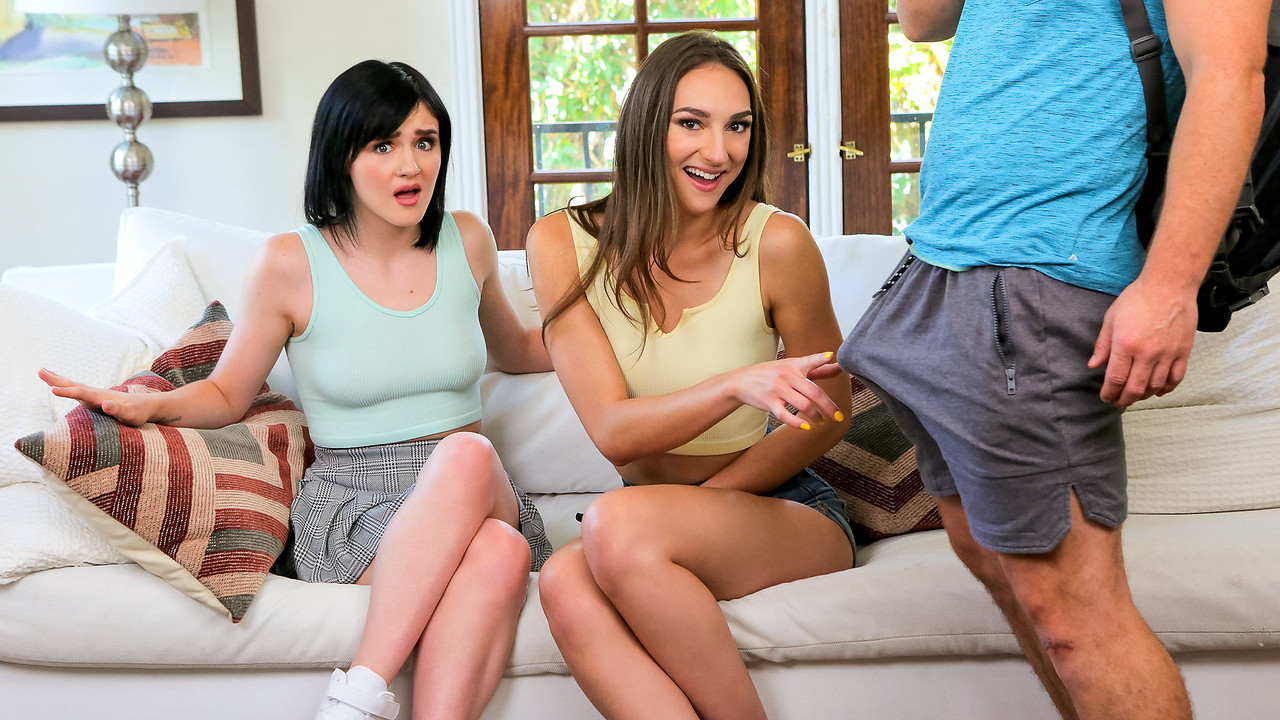 Rosalyn Sphinx and her friend Andi Rose are hanging out and making fun of various boys on their social media. The girls are still snickering when Rosalyn's stepbrother, Robby Echo, comes home from school. He doesn't bother the girls, just heads up to his room. Andi tries to ask Rosalyn's relationship with her stepbro and Rosalyn defends him, saying he's a good guy. After asserting that all guys are assholes, Andi gets up and runs off to Robby's room to prank him. Andi barges into Robby's room and tells him that it's life and death, he has to pull his dick out for his sister. Pushing Robby onto the bed, Andi wraps both hands around his cock and rubs it for a hot minute until it's nice and hard. Then she laughs at him and takes off.Robby of course goes to the living room to see what's going on. He lets Rosalyn comfort him by rubbing his back and listens as Rosalyn tells Andi that what she did was really mean. Instead of apologizing or showing any remorse at all, Andi suggests that maybe Rosalyn should just fuck Robby since she's so into him….