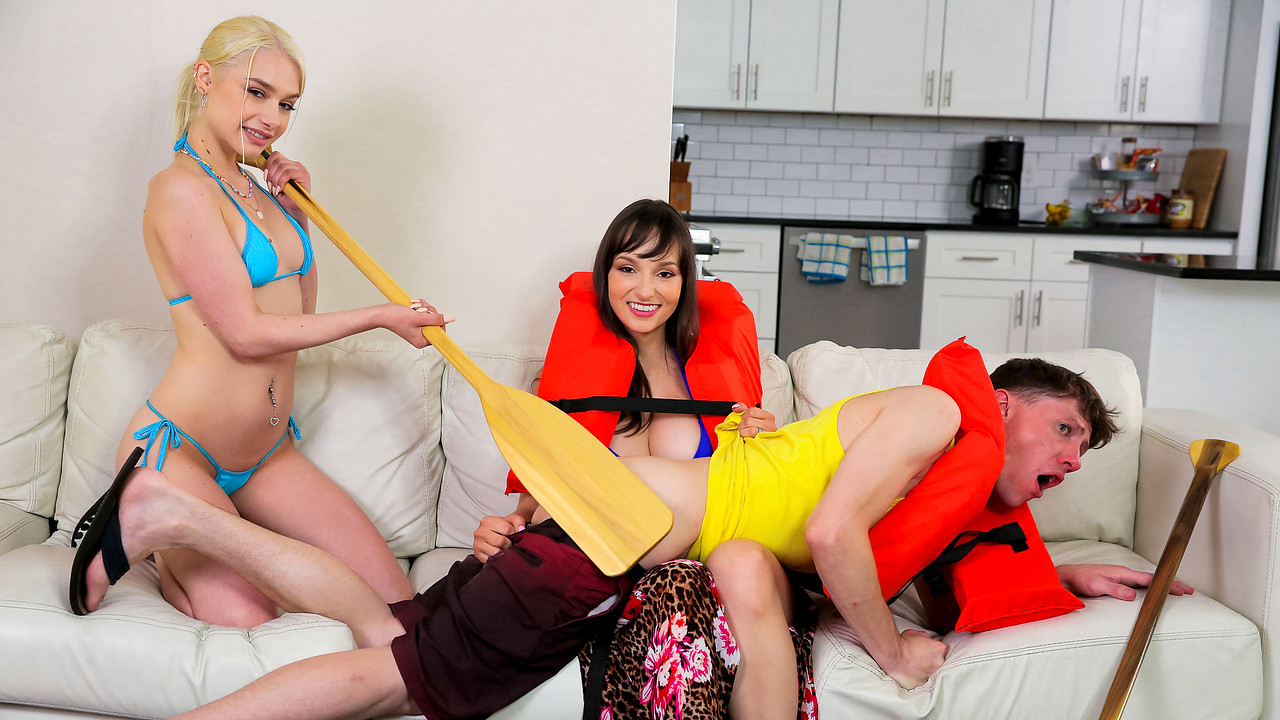 Lexi is still spoiling for a fight, so asks Rion what he's going to do with that and then pulls her bikini bottom down so her pussy is exposed to taunt him. Scarlett follows her stepmom's cue and pulls her own bikini bottom down. The girls even flaunt their titties out to keep on teasing Rion with the unattainable. Scarlett keeps on toeing the line when she throws herself onto the couch and really puts her twat on display. Standing behind Rion and heckling him, Lexi shoves him forward. He trips on the way down and finds his dick buried inside Scarlett's fuck hole. Scarlett and Rion are both shocked, but Lexi, who is still behind Rion, just starts pushing his hips so he's full on fucking Scarlett. Scarlett can't deny that she likes the way that feels, and now that Rion is buried balls deep inside his adopted sis he can't deny that it's so wrong it feels right.