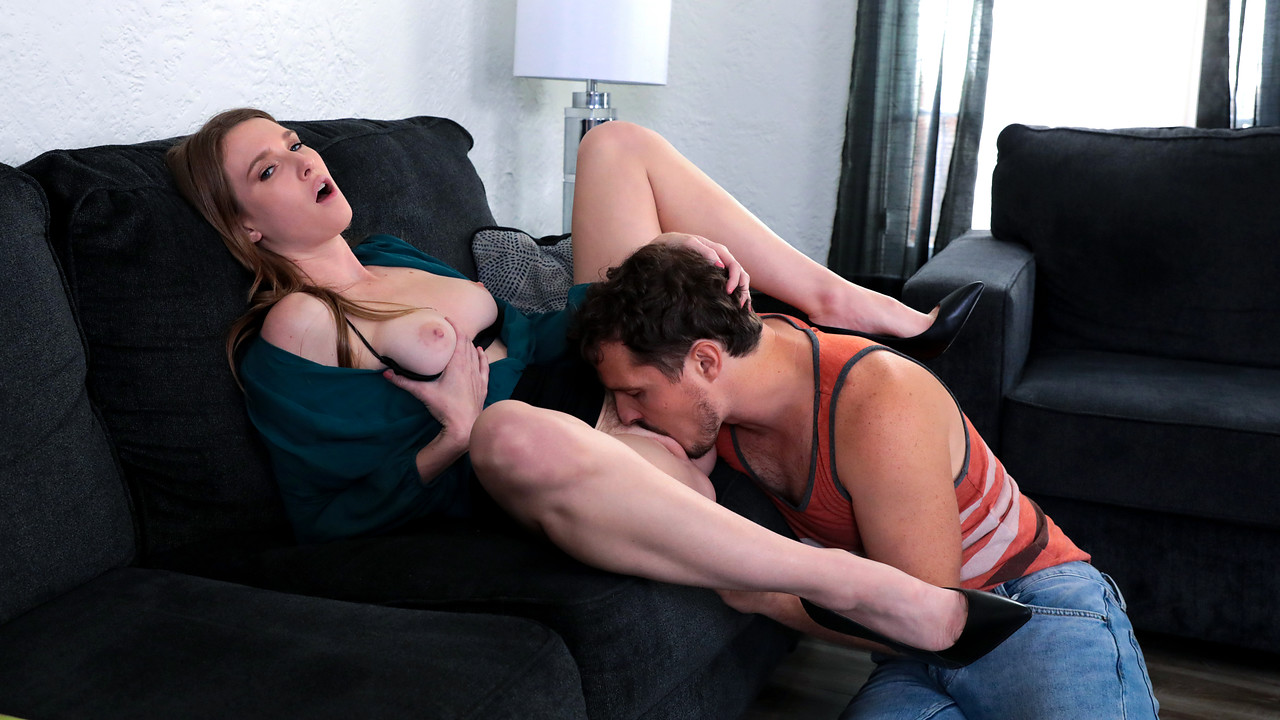 There's just one problem for Ashley: Robby Echo's attention. Strutting into the room with two drinks, she competes with a business call. Robby has his priorities straight, so he ends the call with only a little bit of persuasion and then gives his hot date his full attention. They toast to the upcoming new year, and then Ashley steps into Robby's arms to give him his New Years kiss a little bit early. The couple has the whole night ahead of them, so there's only one inevitable conclusion to that lusty kiss. Sinking slowly to her knees, Ashley tugs the zip on Robby's pants to free his erection. Once she has her treat in hand, she strokes and parts those incredible lips to take his fuck stick between them. Bobbing her head in an enthusiastic BJ, Ashley keeps up her good work with a brief interruption to guide Robby to a chair. Once he is seated, she keeps on sucking until he's nice and ready for more.