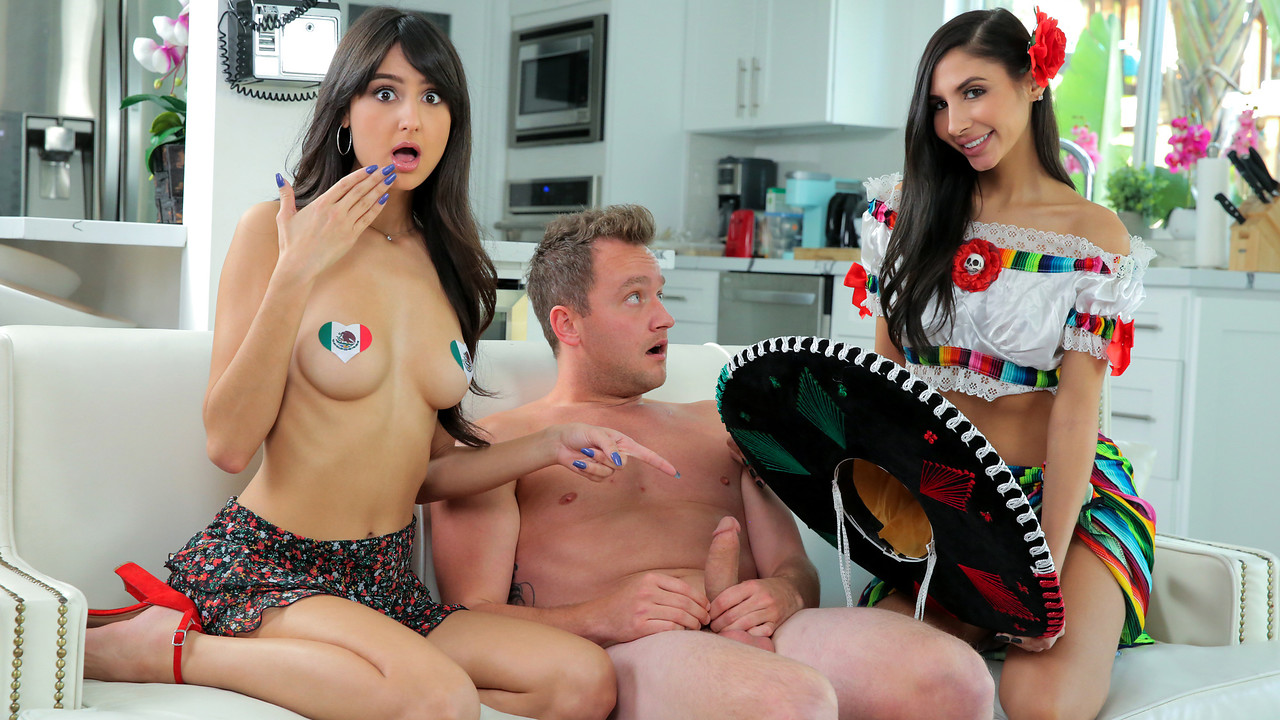 Eliza reluctantly agrees to give in to Van's demands, and she begs Gianna for help. Together the girls get down on their knees and work in tandem to suck him off. The girls spend as much time as possible making out with each other instead of helping Van out, which he finds hot as hell.
In fact, instead of letting Eliza and Gianna do all the touching and tasting Van decides to get in on the action. He continues to threaten to tell their parents until Eliza gets down on the bed and spreads her legs for a landing strip pussy licking. Van is so good with his tongue that Eliza can't help but moan her pleasure while her own strokes to Gianna's twat speed up. In fact, it's not long before Gianna is convinced to let Van bury his face in her snatch for a second round of pussy feasting.